I grew up in a smallish town, where things like art weren’t readily available.  It wasn’t an unusual suburban experience; I played baseball and basketball like a lot of kids, I went to see movies when I could.  I still remember an audience I was part of giving a standing ovation to the end of “The Karate Kid.”  Just a random screening some weekend, and all of us loved the ending so much we all stood up and applauded at the screen, with no one involved with the making of the movie within a thousand miles of the theater.

But things like movies seemed like they were undoable.  There wasn’t really the idea of authorship of a film; the credits, even for a basic, uncomplicated movie, still comprised an army of experts all working towards the same goal.  TV shows were the same way, records…  No matter how much I loved a given record, there was still scores of names involved in the making.  Everything from musicians to producers to songwriters to lawyers and agents…  Books were the one thing that someone could make, but not just anyone could make a book.  It probably took me until middle school before I read a novel by an author that was actually alive, and there weren’t many Maya Angelou’s wandering around in my life, that I could ask about how she sat down and wrote “I Know Why the Caged Bird Sings.”

Eventually, my friends started collecting baseball cards, and then comic books, and then I started actually reading comic books.  I became aware that they were made by actual people, people who had differing levels of skill, and I figured that I could perhaps master one of those skills and be one of those guys involved in making comic books.  That seemed like an attainable goal.  Most comic books were made by four or five people; a writer, one or two people doing the artwork, someone who made all of the word balloons readable and neat, and someone who colored in the artwork.  On top of that, there was an editor who oversaw the whole process.  That’s just how things were done – assembly line production.

When I was 15 years old, Dark Horse Comics (from nearby Milwaukie, OR) published the first installment of a story called “Sin City.”  This is what the first page looks like: 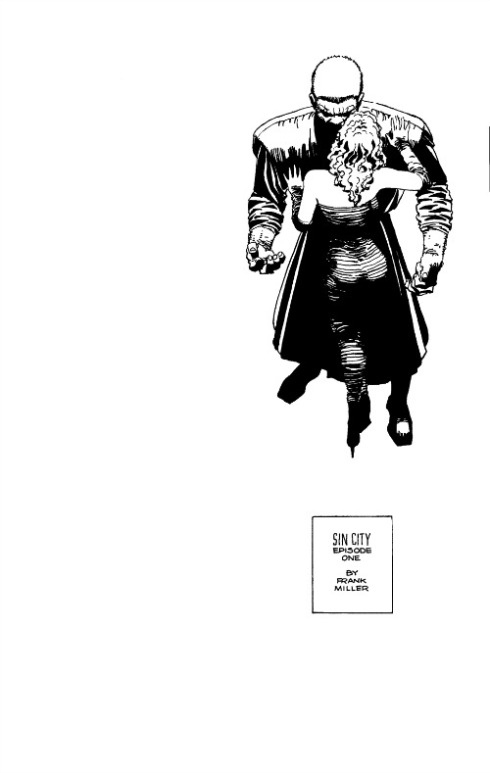 It’s a beautiful drawing, in a style rarely used in comics at the time.  But that’s not what caught my eye.  This was: 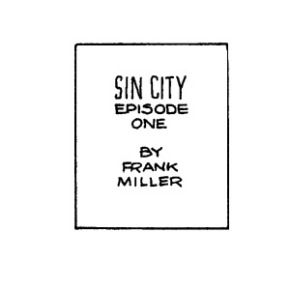 Well, who wrote it?  Who lettered it?

You mean he did everything?  That’s not possible, where are the rest of the credits?  There are no more credits.  This was the first time that I’d seen an entire comic book from one hand before.  The pinnacle of cartooning was no longer mastering one skill, it was mastering ALL the skills.  This small box expanded the parameters of what I figured was possible.  At that point, “By Clayton Hollifield” became my new mission.

Film director Robert Rodriguez (“Spy Kids,” “Desperado”) put it a little more elegantly in his book, “Rebel Without a Crew,” which I’d stumble across in college.  He’s talking about film, but this is some serious life advice:

“…there are extreme benefits to being able to walk into this business and be completely self-sufficient.  It scares people.  Be scary.”

Frank Miller’s “Sin City” is how a kid got introduced to the idea of art, where there was no art anywhere, as far as the eye could see.  The idea that you could create anything you wanted, without compromise, so long as you had the skills to make it a reality was a pretty damned attractive one.

One thought on “Influences”